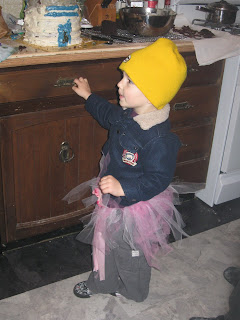 A friend has a friend with a three year old who exhibits what her friend calls homosexual tendencies. The little boy likes girls’ clothes and mom’s makeup, seems overly sensitive etc… The mother and father are already talking about what it will be like to have a gay son. Imagine, the tragedy unfolding here! These uninformed parents are already foisting a gay identity on their little boy, and this labeling of their toddler may greatly affect and even retard the masculine maturation of their child when consciously and unconsciously they encourage and entertain certain behaviors, while neglecting the development of other behaviors such as male bonding, imitation of males (especially the father), and male skills. Alan Medinger in his book Growth into Manhood explains the process of the way a man develops, and he examines the various roadblocks, especially in our modern society, that can thwart a boy’s growth into a man.


“The following two hypothesis are necessary to support the concept of growth into manhood put forth in this book. …
1. Boys have a biological destiny to grow into men: men who are different from women in ways that go well beyond genital design and reproductive functions.
2. Societal structures have always existed to guide the process of growth from boyhood to manhood.
Taken together, these hypotheses do not reflect an extreme viewpoint. I am not claiming that manhood is either all genetic or all learned. ... Boys are genetically destined to become men, but guidance along the way is necessary or the process may not work out satisfactorily.”


Medinger outlines the process of male maturation from the early years of separating from the mother and identifying with the father and/or other males, to the trials and testing of his manhood, to his manhood being affirmed, and finally accepting his manhood. Medinger, himself a former homosexual, goes on to explain that the most crucial step in the whole process is the affirmation of his manhood.


“Surely some things went wrong in the early years of most of our lives (homosexuals), but most of us did separate from our mothers, and most of us did have some sort of men with whom we could identify. If we did not bond, so be it. In fact, except for the rare transsexual, everyone came to know at some level that we were male. And even today, an adult man who has been in gender confusion for much of his life can easily identify himself intellectually as a man. But what is really needed is affirmation of that identification. This is where our emphasis should lie. This is where the struggles occur, for it is through affirmation that our sense of manhood comes to dwell in our deepest parts.”


The toddler described is actually not exhibiting any odd behavior considering he has not even reached the age of separating from his mother. Sometimes dress up is just dress up. But his parents who are already labeling him, risk a train wreck of gender confusion and identity crisis for him.
Thankfully, the growth into manhood that Medinger describes is circular not linear. In other words, a boy tests his skills, his bonding, his manhood, and receives affirmation by every success or encouragement from other males. The process testing-affirmation repeats and repeats as the male identity grows stronger. And Medinger assures,


“Just because it was skipped in childhood, don’t conclude it cannot be gone through later. It is not too late for you!”

Feel free to leave an honest comment. Comments are moderated and hateful speech will not be tolerated.